Coverage of our Engineering Solutions to Health Problems workshop

In April, I headed up the development and organization of an all-day workshop focused on bringing together clinicians and scientists/engineers to focus on the identification of unmet clinical needs. There was a huge amount of interest, with enough demand that we had to setup a waitlist. Needs were looked at in three major themes that included mHealth, Rehabilitation Engineering and Clinical Devices, with a fourth “wild-card” theme that dealt with other technology areas. A wide variety of needs were identified and fleshed out during the course of the day, with a subset being ranked as high-priority and being followed up with through small collaborative groups. A short summary was recently released describing the workshop and follow-on activities. Due to the success of this and resulting spin-off workshops, we will be running a revised version in the Spring of 2016. This effort would not have been possible without the help of co-organizers from NCTraCS (UNC), RTI, NCA&T and NCSU (the ASSIST Center). 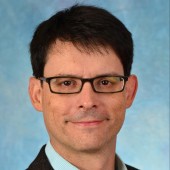 Announcing the i4 Program

New award to develop a gut-on-a-chip!

This is the home of our new website. More updates coming soon!